Formed in 1988, the Uncas Health District (UHD) is an unincorporated, unaffiliated, non-profit agency operating under Connecticut General Statutes. UHD now serves as the local health department for eleven municipalities in Eastern Connecticut: Bozrah, Franklin, Griswold, Lebanon, Lisbon, Montville, Norwich, Preston, Salem, Sprague, and Voluntown. The agency’s mission is to promote and protect the public’s health in order to prevent illness, death and disability among its residents. This mission is achieved in three primary areas: environmental health, health education/prevention, and public health preparedness. Funding for UHD is derived from local and state per capita contributions, grants, and fees. The UHD Board of Health is appointed by the board of selectmen or other appropriate legislative bodies (such as the city council). One representative is appointed from each municipality in the district. If a municipality has a population of more than 10,000, the municipality is eligible for one additional representative for each additional 10,000 in population, or part thereof. However, no municipality may have more than five (5) representatives. (CGS Section 19a- 241).

If you would like more information about the Uncas Health District, please contact the Director of Health at (860) 823-1189. 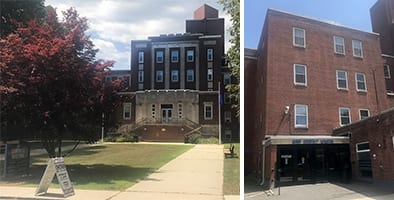 Contact Us
Our office is available Monday - Friday 8:00 am - 4:00 pm for all of the residents in our district.